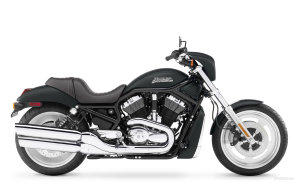 David Allen "Hippie" Smith, 65, well known resident of Blue Mountain and a person actively involved in the community, passed away peacefully Sunday evening August 25, 2019 at North Mississippi Medical Center in Tupelo following a brief illness.
Funeral Services recognizing Hippie's contributions to both area law enforcement and fire departments, will be at 2 PM Thursday August 29 in The Heritage Chapel of Ripley Funeral Home with Bro. Randy Smith officiating. Burial will follow in the Ripley City Cemetery.
Hippie was born April 6, 1954 in Aurora, IL and is the son of Lillie Belle Lewis Smith of Blue Mountain and the late John William Smith, Sr. He received his education in the Aurora Public School System and was a self employed mechanic and body shop repairman throughout his life.
Hippie moved to Mississippi over 30 years ago and will be remembered as a person active in the surrounding communities and served as Ashland City Police Chief, a Deputy for the Blue Mountain Police Department and volunteer for the Blue Mountain Fire Department.
A Christian and larger than life person, Hippie devoted much of his time and energy participating in many local charities that include "Toys for Tots" and other worthwhile organizations. Always busy serving others, Hippie found much pleasure in listening to music, repairing and "piddlin" with bikes, cars and trucks. With a heart bigger than life, Hippie's love for his family, friends and community was unending and because of his generosity and patriotism his memory will never be forgotten.
Visitation will be from 5 PM to 8 PM Wednesday August 28 and will continue Thursday until service time at The Ripley Funeral Home.
In addition to his mother, memories will be treasured by four daughters, Ginger Bailey (Duane) of Anna, IL, Deana Peak of Ripley, Alicia Smith of Selmer, TN and Amanda Lopez (Venancio) of Blue Mountain, one son, Daric Smith (Amanda) of Anna IL, four brothers, Van Smith of Blue Mountain, Gerald Pannell (Sandy) of Aurora, IL, Larry Pannell (Maxine) of McComb, MS and Gerrel Smith of Sandwich, IL, thirteen grandchildren, one great granddaughter and many, many friends.
He was also preceded in death by a sister, Brenda Hambrick and a brother, John William Smith, Jr.
The family request that memorials be directed to any law enforcement fund of the donor's choice.
The American Flag at The Ripley Funeral Home entrance honors Hippie for his patriotism and love for his community and nation.

The Ripley Funeral Home is honored to serve the Smith family and invites you to share memories.

To send flowers to the family or plant a tree in memory of David Allen "Hippie" Smith, please visit our floral store.