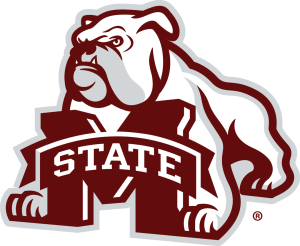 Our beloved husband, son, father, brother and friend, Westley Jason Story, lifelong resident of the Falkner Community, passed away peacefully on Thursday, October 3, 2019 at the age of 43. He departed this life in the comfort of his home surrounded by his family following a brief illness.
Funeral Services celebrating the life of Jason will be at 2 PM Tuesday, October 8 at Ball Hill MB Church with Pastor Derrick Gibbs officiating. Burial will follow in Ball Hill Cemetery near Tiplersville. Arrangements will be provided by The Ripley Funeral Home.
Jason was born August 18, 1976 in Ripley, the son of Doris Hines Bell of Tiplersville and the late Willie Story, Jr. He was a graduate of Walnut High School and was married on April 16, 2019 to his beloved wife, Brenda Dickey Story who survives.
A member of Ball Hill MB Church, Jason was currently employed with the Bilt-Rite Corporation. He was an avid Mississippi State Bulldog fan and outdoorsman who enjoyed fishing, deer hunting and riding horses. Video games, country music, old gospel hymns and watching westerns and COPS on television were favorite pastimes.
Jason's spirit was strong and the love he had for family and friends was unending. His smile is etched in our hearts, his laughter in our minds and his never ending fight for life a reminder to us all; never to give up. May all who hold him dear celebrate his life by recalling loving memories in the days ahead.
Visitation will be Monday October 7 from 5 PM to 8 PM in The Heritage Chapel of Ripley Funeral Home and will continue Tuesday from 10 AM until service time at Ball Hill MB Church.
Those whose lives he also touched include three children, Carson, Austin and Dawson Britt of Falkner, two sisters, Delia Hatch (Michael) and Kutina Story, both of Tiplersville, a brother, Kameron Story (Emily) of Walnut,  father and mother in law, Jeff and Phyllis Dickey, two sisters in law, Tonya Britt and Denise Garner (Brent), two brothers in law, Keith and Dennis Dickey, all of Falkner, his special "brothers", Reggie and Eric Jones, Willie "PeeWee" Perry, Jr., Carl Johnson and many, many friends and family members.

The Ripley Funeral Home is honored to serve Jason's family and invites you to share memories.

To send flowers to the family or plant a tree in memory of Westley Jason Story, please visit our floral store.