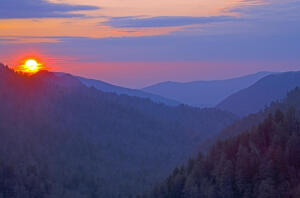 Allen Ray Robertson (Pop Ray) passed away unexpectedly of natural causes at his home on September 29, 2021 at the age of 85. He was born in Ripley, Mississippi on July 1, 1936, grew up on a small farm nearby, and graduated from Falkner High School in 1955. Upon graduation, he moved to Memphis in search of a job opportunity and began what would be a 35-year career with Mead Corporation rising to the Head of Manufacturing for the Memphis plant, container division. He was a proud U.S. Army veteran, as very early in his career he served 2 years active duty at the Sandia Base in Albuquerque, New Mexico. He was a member of the Military Police on the base which was the principal nuclear weapons installation of the U.S. at the time.
In 1963, he moved to what was then the very small town of Germantown, Tennessee to establish roots and raise a family. During that time, he was a very active member of Germantown Baptist Church serving in many roles including Deacon and Sunday School Director. It was a period of time when the town and the church experienced a tremendous amount of growth.
After his career at Mead Corporation, he retired at age 55, bought a farm back in his hometown of Falkner, and spent his time enjoying his extended family, friends, and the outdoors. He was a long-term member of the Mississippi Cattlemen’s Association and served on the local board of the Mississippi Farm Bureau. His lifetime passion was horses, and he owned one or more from his twenties until his passing. He spent much of his free time throughout his life raising, training, and riding his horses. His pride and joy was Ashley, acquiring him as a young gelding from Wildwood Farms in Germantown in the early 1970’s and sharing life with him for over 30 years.
Throughout his life, he maintained a strong Christian faith, and instilled in friends and family the value of hard work and a good education. He had an infinite amount of wisdom, was a great listener, communicator, and confidant. Because of these attributes, he developed a passion for encouraging others, and fostering the development and growth of those around him. He encouraged and challenged people to be their best, leaving his legacy with those that he touched.
He is preceded in death by his parents, Roy and Nancy Robertson; his wife, Rosemary Robertson and his grandson, Chris Robertson. He leaves one son Terry Robertson (Martha), three grandchildren, Campbell, Hunt and Wes Robertson all from Memphis, Tennessee, two sisters, Brenda Robertson of New Albany, Becky Cowsert (Don) of Falkner, one brother, Butch Robertson (Penny) of Falkner, many nieces and nephews and his special friend Alice Goolsby.
Visitation will be Sunday, October 3, 2021 at 2:00 pm followed by a funeral service at 3:30 pm at Ripley Funeral Home. There will be a short interment service at Falkner Cemetery to follow.
The family request that memorials be directed to St. Jude Children’s Hospital.

To send flowers to the family or plant a tree in memory of Allen Ray, please visit our floral store.