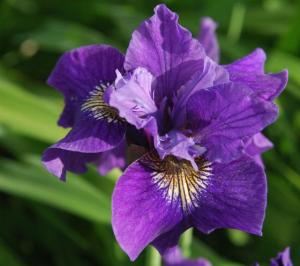 On Sunday morning October 4, 2020, Bonnie Umberger Ray, 64, resident of Tippah County, passed away unexpectedly of natural causes.
Funeral Services honoring the life of Mrs. Ray will be at 2 PM Thursday, October 8 at New Hope Baptist Church in Benton County with Bro. Doc Shelton and Bro. Terry "Fudd" Floyd will officiating. Arrangements will be provided by The Ripley Funeral Home.
Mrs. Ray was born April 26, 1956 in Tippah County, the daughter of the late Lloyd and Catherine Williams Umberger. She received her education in the Ashland Public School System and was the beloved wife of Billy Gene Ray who preceded her in death on August 19, 2007.
A member of Medlock Methodist Church, Mrs. Ray was a homemaker throughout her life and served as a caregiver for 7 years. She will be remembered as a " people person" who enjoyed computer games, flowers and her indoor canine companions.
Visitation will continue today until service time at New Hope Baptist Church.
Survivors include two sons, Anthony Ray (Bobbie) and Keith Ray, both of Ripley, two sisters, Marie Rainey (Gerry) of Ripley and Kay Sides (Eddie) of Falkner, five brothers, Leonard Umberger (Joann) and Gene Unberger (Christy), both of Ashland, Wayne Umberger, Ben Umberger and Sammy Umberger (Amanda) all of Falkner, four grandchildren, five great grandchildren and a host of nieces and nephews.
She was also preceded in death by two sisters, Sally Lumpkin and Hazel Hopkins, one niece and two nephews.

The Ripley Funeral Home invites you to  share memories.

To send flowers to the family or plant a tree in memory of Bonnie Umberger Ray, please visit our floral store.