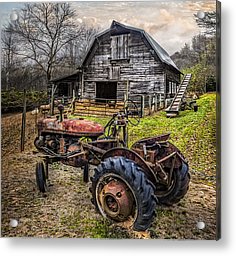 Cecil Winston Alberson, 62, lifelong resident of Benton County and friend to many, passed away peacefully Monday morning, May 11, 2020 in the comfort of his home following a brief illness.
Graveside Services honoring the life of Cecil will be Tuesday, May 12 in Friendship Cemetery near Ashland. Bro. Doc Shelton will officiate and arrangements provided by The Ripley Funeral Home.
Cecil was born December 6, 1957 in Ashland, the son of the late C.W. and Mamie Orman Alberson. He received his education in the Ashland Public School System and was a well known roofer throughout the area until his recent illness.
A Christian, Cecil will be remembered by many for his love antique vehicles that included cars, trucks and tractors. He was devoted to his family in good times and difficult times and there was never a question about the love he possessed for his grandchildren.
Known for helping others in their time of need, Cecil never sought recognition for quietly being a friend. His family, friends and community will miss this larger than life Benton County native.
Those left to share memories include his wife, Tammy Manis Alberson, his children, Beth Alberson and Tim Alberson (Brooke), both of Ashland and Curtis Alberson (Kelly) of Ripley, two sisters, Judy Reeves (William) of Ripley and Francis Bennett (Robert) of Ashland, two brothers, Billy Alberson (Lynn) and Norman Alberson (Janet), both of Ashland, seven grandchildren, Sarah, Matthew, Addison and Darren Alberson, Montanta, Helen and Timothy Doss.
In addition to to his parents, he was also preceded in death by a son, Charlie Alberson, one sister, Wilma Hill and one brother, Eddie Alberson.
Those honored to serves as pallbearers for Cecil were Curtis and Tim Alberson, Charles Bennett, Randy Mercer, James and Neal Alberson.
The family request that memorials be directed to St. Jude Children's Hospital, 501 St. Jude Place, Memphis , TN 38105
The Ripley Funeral Home invites you to share memories with the Alberson family.

To send flowers to the family or plant a tree in memory of Cecil Winston Alberson, please visit our floral store.