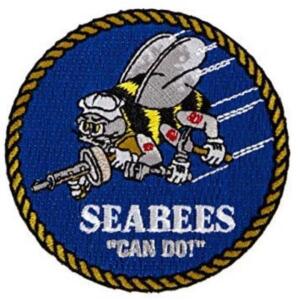 Chief Petty Officer Walter Cleve Butler, 84, lifetime resident of Ripley, passed away Friday, July 1, 2022 at Baptist East Hospital in Memphis, TN.
Services honoring the life of Mr. Butler will be Thursday, July 7, 2022, in the Heritage Chapel of Ripley Funeral Home at 2PM with Bro. Doc Shelton officiating. Visitation will be from 12 Noon until time of service.
Born January 12, 1938, in Tippah County he was the son of the late George Cleve and Doris LaBarreare Butler. Following graduation of Falkner High School, Mr. Butler served a combined 33 years with the National Guard and the United States Navy completing special assignments with Presidents Ford, Carter and Reagan administrations. He was an elite member of the Construction Battalion the SEABEES. The next 25 years he became owner/ operator of Walter Butler Trucking.
A man of few words, Mr. Butler was known as a very generous and giving man that had a hard time saying "no". Noble and distinguished are just a few words to describe him but will also be remembered for his big heart, especially for animals.
Those left to cherish his memory include his wife, Verna Evans Butler, three daughters, Jonna Butler of Walnut, Lisa Butler Vick, (Randy) of the Mitchell Community, and Lori Chapman, four sons, Chester Butler (Misti) and Kenneth Butler both of Ripley, Charles and Jeff Taylor, one brother, George Wayne Butler, eleven grandchildren, thirteen great grandchildren and three special canine companions, J. J., Toby and Tebow.
Preceding him in death include his parents and one sister, Rosemary Ward.
The American Flag at The Ripley Funeral Home entrance honors Mr. Butler and all Veterans for their service to our country...GOD BLESS AMERICA!!!
Ripley Funeral Home invites you to share memories with the Butler family.

To send flowers to the family or plant a tree in memory of Chief Petty Officer Walter C. Butler, please visit our floral store.

Join in honoring their life - plant a memorial tree