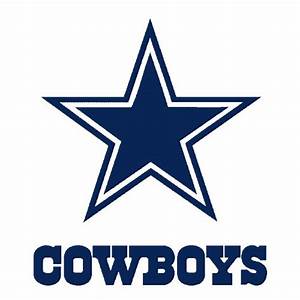 Donald Lee "Donnie" Russell, Jr., 46, resident of Southaven, passed away Tuesday morning, May 5, 2020 at Baptist Memorial Hospital in Memphis following a brief illness.
A private Celebration of Life Service will be Saturday, May 9 at the residence of his niece near Ripley. Arrangements will be provided by The Ripley Funeral Home.
Donnie was born June 14, 1973 in Memphis, the son of Donald Lee Russell, Sr. of Florida and the late Shirley Atkinson Russell. He was a graduate of Southaven High School and was employed in the retail industry throughout his life.
An avid Dallas Cowboys fan, Donnie enjoyed family gatherings, BBQ, music, football and watching UFC. Many words could be chosen to characterize Donnie that include smart, strong, reliable, comical and generous.
Donnie will be remembered for his great sense of humor, his love of friends and family, especially his grandchildren. He was deeply loved by all who knew him and he will be greatly missed.
Survivors include his wife, Jennifer Jackson Russell of Southaven, five sons, Trea Russell , Jordon Russell and Donald Lee Russell, III, all of Southaven, Austin Russell of Olive Branch and Zach Wilkerson of Memphis, one sister, Tina Williams of AR, a brother, Dugan Russell of Southaven, three grandchildren, Kingston, August and Brooklyn, a niece that was like a sister, Star Jackson of Ripley, two special nephews, Nathan Chapman and Calvin Russell, special niece, Michelle Hillyard, brother in law, Ricky Camp and a host of other nieces, nephews, family and friends.
He was also preceded in death by a son Damine Wilkerson, a sister, Tammy Camp and his loyal pet canine, "Daisy".
The Ripley Funeral Home invites you to share memories with the family.

To send flowers to the family or plant a tree in memory of Donald Lee Russell, Jr., please visit our floral store.

You can still show your support by sending flowers directly to the family, or by planting a memorial tree in the memory of Donald Lee Russell, Jr.
Share a memory