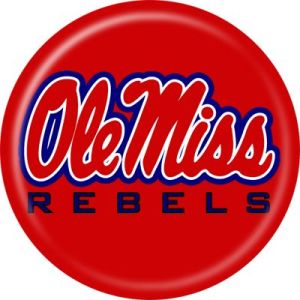 John Holmes, 49, resident of Ashland, passed away unexpectedly of natural causes, Sunday, April 3, 2022, at his residence.
Services honoring the life of Mr. Holmes will be 12 noon, Thursday, April 7, 2022, in the Heritage Chapel of Ripley Funeral Home with Bro. Ricky and Sister Jennie Barnett officiating. Burial will follow in the Wiers Chapel Cemetery in Tippah County.
Mr. Holmes was born March 25, 1973, in Tippah County to the late Clarence Jr. and Annie Turner Holmes. He received his education from the Tippah County Public School System. He was employed for many years with TCI in Ashland as a machine operator as long as his health allowed.
A Christian and member of Fanning the Flame Ministry, Mr. Holmes enjoyed fishing, canoeing and dancing. A devoted family man, Mr. Holmes shared much of his time with his daughter Addie as a stay home dad, taking care of his chickens and watching his favorite television show Yellowstone.
In addition to his wife Michelle Holmes, memories will be shared by six daughters, Nicole Jones (Andrew) of Tiplersville, Kristen Holmes of Jonesboro, AR, Laken Holmes of Dyess, AR, Breanna Bryant (Brittney) of Ashland, Cori Holmes of Blue Mountain and Addie Bryant of Asland, two sons Patton Holmes of Ripley, Bryson Roberson (Tonya) of Ashland, one sister Patricia Huffins of Ripley, two brothers, Terry Holmes (Carol) of Bay St. Louis, Joe Holmes of Dyess, AR, six grandchildren, Elizabeth, Johnathan, Aiden, Dallas, Adrian and Emery.
He is also preceded in death by one brother Mark Holmes.
Ripley Funeral Home invites you to share memories with the Holmes Family

To send flowers to the family or plant a tree in memory of John Holmes, please visit our floral store.