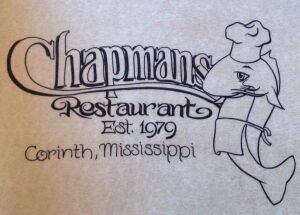 Truman Devella "Vel" Chapman, 84, resident of Corinth and native Tippah Countian, passed away peacefully in the comfort of his home, Saturday evening October 3, 2020 following an extended illness.
A Graveside Service honoring the life of Mr. Chapman will be at 3 PM Tuesday, October 6 in The Chapman Church of Christ Cemetery with Minister Lesley Chapman and Minister Ronald Adams officiating. Personal Reflections will be given by his grandson, Colt Chapman. Arrangements will be provided by The Ripley Funeral Home.
Mr. Chapman was born September 17, 1936 in Tippah County, the son of the late Ralph and Lottie Mauney Chapman. He was a graduate of Pine Grove High School where he was a member of the Pine Grove Basketball Team and was married November 30, 1957 to his beloved wife, Ruby Jewell Duvall Chapman who preceded him in death on February 25, 2008.
A member of Theo Church of Christ, Mr. Chapman will be remembered by many as the owner before his retirement of the well known Chapman's Restaurant, an Alcorn and Tippah County staple since 1979.
A family oriented person who had many interests, Mr. Chapman had a passion for gardening,operating his tractor, cooking and in earlier years, hunting and fishing. Good food, good fellowship and love for family and friends were hallmarks of Mr. Chapman's well lived life.
Blessed with a large family, Mr. Chapman is survived by two sons, Judd D. Chapman (Robin) of Walnut and Jeff Chapman of Corinth, two sisters, Oleta Montgomery (Raymond) of Olive Branch and Merita Mitchell (Billy) of Pearl, MS. two brothers, Starrett Chapman of Riplay and Hank Chapman (Teresa) of Dumas, four grandchildren, Colt Chapman, Josh Chapman (Kayla), Jody Chapman (Haley) and Meaghan Chapman and seven great grandchildren, Easton, Oakley, Lyla Jo, Jack, Ruby, Jewell and Neyland.
He was also preceded in death by three brothers, L.H., Nevada and Barrett Chapman.

The Ripley Funeral Home invites you to share memories with the Chapman family.

To send flowers to the family or plant a tree in memory of Truman Devella "Vel" Chapman, please visit our floral store.