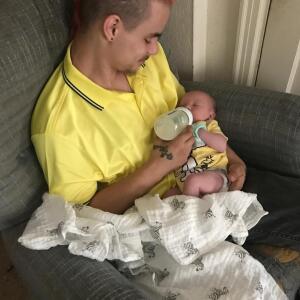 William Trey Sonwineski, 22, resident of Memphis and former resident of the Dumas Community, died Monday, September 28,2020 at Region One Medical Center in Memphis.
A Service of Remembrance will be at 1 PM Saturday, October 17 in the Concord Baptist Church Family Life Center located at 5490 CR 601, Booneville, MS 38829. A private family burial will be in Dumas Cemetery. Arrangements will be provided by The Ripley Funeral Home.
Trey was born January 28, 1998 in Memphis, TN and is the son of Bill and Stephanie Quinton Sonwineski of Dumas. He was a 2016 graduate of Pine Grove High School and was recently employed as a stone mason with L.R. Bradley, Inc. in Memphis.
An avid music lover, Trey will be remembered by many as "the life of the party" who was usually the center of attention. He possessed a great talent working with his hands and had a passion for reptiles that included Leopard Geckos.
He lived life full throttle and for the short time he was shared with us, his memories will last a lifetime.
Visitation will be from 11 AM to 1 PM Saturday, October 17 at Concord Baptist Church.
In addition to his parents, Trey is survived by his wife, Madison Gordon Sonwineski, his son, Jude Sonwineski, both of Memphis, a sister, Haillie Sonwineski of Dumas, one brother, Lee Sonwineski (Eden) of Covington, TN, maternal grandparents, Rich Quinton of Memphis, Sherry and Bob Flannigan of Ashland, paternal grandparents, Jerry and Jo Sonwineski of Memphis, two nieces and two nephews.
He was preceded in death by a brother, Cody Sonwineski.
The Ripley Funeral Home invites you to share memories with the Sonwineski family.

To send flowers to the family or plant a tree in memory of William Trey Sonwineski, please visit our floral store.